William Blake (1757-1827) was a professional engraver and amateur poet who lived for most of his life in London and never travelled more than sixty miles from the capital; he had studied at the Royal Academy and benefited from friendships with several influential artists and patrons, although he was never quite able to profit financially from these opportunities; his art in many respects reflected London’s traditions of religious Dissent and political radicalism; he and his wife Catherine enjoyed a long but childless marriage; and he had apparently conversed with angels, Biblical prophets, dead kings and philosophers, and on at least one occasion the spirit of a flea. He was widely thought to be mad, and yet his friends often knew him to be collected, eloquent, and generous.

Blake is, in short, a biographer’s nightmare, and G.E. Bentley’s biography The Stranger from Paradise (2001) strives unsuccessfully to achieve an objective portrait of its subject. Bentley observes that “Blake has been variously claimed as an Irishman and a Cockney, a Marxist and a mystic, a Mason and a neo-Platonist and a Gnostic – and even as a conventional believer in the Church of England.” He evokes the need for a “narrative incorporating all the significant surviving evidence about the life of William Blake,” and one which includes various new insights into Blake’s life gleaned from modern research. Bentley is on uncertain ground, however, when aspiring to, “let the unmediated evidence for Blake’s life speak for itself.” He appreciates that “all evidence bears the bias of the witness, whether it records a tax-payment or a vision.” Yet a tax receipt is factual evidence whilst a vision is an interpretation of reality, and herein lies the fundamental challenge to the biographer of William Blake – that whether Blake was a Cockney, a Marxist or, a Mason, are far less significant questions than whether he was a sane or an honest man.

The visions were awful and embarrassing. They were vulgar and oddly unimaginative, and their gaudy whirl of costumes, theatre, and spectacle was a far cry from more Romantic sense and sensibilities. Richard the Lionheart, Wat Tyler, Edward the Third, William Wallace, Voltaire, Satan, and the “Man who built the Pyramids” all materialised before William Blake. Here is a typical vision, described by one of Blake’s disciples:

One night, while we were engaged in criticizing his own extravagant, yet occasionally sublime illustrations of the book of Job… he suddenly exclaimed, “Good God! here’s Edward the Third!”

“On the other side of the table; you can’t see him, but I do; its his first visit.”

“My spirit knows him – how I cannot tell.”

“Stern, calm, implacable; yet still happy. I have hitherto seen his profile only, he now turns his pale face towards me. What rude grandeur in those lineaments!”

Blake went on to converse with the king, although not through language but with “some more subtle, some undefined, some telegraphic organ.” The King defended his reputation as a mass murderer with the argument that, “destroying five thousand men is doing them no real injury… it is merely removing them from one state of existence to another.” It seemed that the spirit realm comprised mostly of historical celebrities, although none of them were too illustrious to spare a moment to be sketched in Blake’s dingy bedroom. The accounts of these meetings perhaps testify more to the petit-bourgeois literary appetites which popularised fictions such as Ivanhoe than to Romantic or Dissenting ideas.

The “Visionary Heads” portraits were produced when Blake’s stars were waning, although he claimed to converse with spirits throughout his life. One may flatly dismiss Blake as a madman (as most of his contemporaries did), and perhaps he can be considered a more fortunate and metropolitan version of John Clare, the delusional but sweet tempered “peasant poet” who was eventually consigned to Northampton’s lunatic asylum. Some of Blake’s better and more imaginative visions possess a hypnologic clarity reminiscent of the confessions of the Opium-Eater, Thomas de Quincey, although one would not dare to suggest that a great scorner of “mind forg’d manacles” such as Blake was eating opium. There are times when one grows exasperated with Blake – he seems like a dishonest little man who daily told a series of incredible and transparent whoppers – and yet Blake’s works are today studied for their insights into Enlightenment, Reason, Imagination, and Aesthetics as if their author was one of the greatest minds of his age.

Some claim that visionaries such as Joan of Arc and Julian of Norwich possessed a sort of otherworldly perception – that they were human radio sets receiving divine transmissions – and yet Blake privileged the imagination over any external reality, divine or otherwise. In a radical interpretation of the Romantic literary absolute, Blake contended that the human imagination was itself divine. In The Marriage of Heaven and Hell (1790-3), Blake offers a diabolical variation upon Genesis, in which the “ancient Poets animated all sensible objects with Gods or Geniuses, calling them by the names and adorning them with the properties of woods, rivers, mountains, lakes, cities, nations, and whatever their enlarged and numerous senses could perceive… at length they pronounced that the Gods had ordered such things.” Men henceforth “forgot that All deities reside in the human breast.” In substituting God for human creativity, Blake appears to arrive at an anti-rational humanism, or even a variety of atheism. It is unfortunate, however, that this radical insistence upon individualism and subjectivity also accords with the personal isolation which attends insanity.

Blake sometimes argued that his visions were more real than external reality, because they were created rather than consumed. He claimed that his visions “are organised and minutely articulated beyond all that the mortal and perishing nature can produce.” Yet the mind cannot avoid receiving ideas, and Blake’s soaring and cosmic mythology inevitably reflected the sum of his own limited experience of a handful of London boroughs. It is believed, for example, that his “Tyger” was based upon an animal observed in a menagerie at the Tower of London – his portrait of this miserable, mangy beast certainly has a whiff of the zoo about it.

If the human mind is divine and creative, the reader surely surrenders some of this agency in consuming the literature of others. As a Blakean proverb puts it, “The eagle never lost so much time as when he submitted to learn of the crow.” Yet Blake, like Edgar Allan Poe [see Tychy passim], spurned didacticism in favour of a careful use of irony which licensed numerous and diverse interpretations of his writing. An unforeseen consequence of both writers’ generosity, however, was to sow the seeds for future forests of scholarship, literary interpretation, and critical industry.

The British historian E.P. Thompson has identified Blake as a political radical grounded within a specific historical period; scholars on the other side of the Atlantic such as Northrop Frye and Harold Bloom have focused on the apparently apolitical and ahistorical archetypes found within Blake’s writing; whilst the Californian academic Robert Essick has emphasised Blake’s command of Bakhtinian heteroglossia. Blake’s insistence upon a personal interpretation of the Bible may strike one as quintessentially Protestant, but it is equally possible to identify him as a dialectical thinker, or even, as we have seen, an atheist. Since the sixties, Blake’s writing, like that of Henry Thoreau, has been repeatedly appropriated by a popular antiestablishment sentiment which loathes modern society and champions the figure of the rebellious outsider, who declaratively creates art or celebrates nature in defiance of modernity. Despite Blake’s apparent sympathy with those oppressed by industrial society, his individualism, when converted into modern coinage, concurs with a certain variety of right-wing politics which glorifies the elite individual and marginalises social structures.

There may be something to the idea that Blake was Britain’s greatest artist, but he would have been a lot better had he abandoned his lifelong boycott of oils, presumably due to their associations with old-world aristocratic patronage. Blake’s preference for engraving may have expressed the ambition to replicate great art and distribute it to a wider public, but if Blake had any designs upon popular culture, the results were all rather hopeless. Blake’s reforms to the process of chemical engraving were judged by his peers to be pioneering and ingenious, but the fruits of his industry typically bewildered the few people who encountered them. He produced many wondrous, arresting, and memorable images, but all of them seem to be successes despite rather than because of their mediums of watercolour or print.

Blake typically produced awkward arrangements of creepy and faintly repulsive figures, with slimy beards and dumpling sinews, and the theatrical postures and glassy eyes of dolls. Glad Day at first explodes with male nudity (the exhibited penis is in the very centre of the picture), but the subject was apparently Blake’s own brother and this figure ultimately exults in the insignificant, unerotic nakedness of animals or the elderly. He might as well have been wearing trousers.

The literary critic Paul Mann has observed that the “consensually validated revelation of Blake’s truth becomes a currency, a fluctuating exchange value in an economy whose survival depends not only on agreement but on disagreement, discord, dismissals, departures, the controversial destruction and reconstruction of each appearance of that truth… All writing about Blake serves to sustain the economy of writing about Blake.” Perhaps the silliness, ironies, and grotesqueness of Blake’s work may occasionally catch the eye of the eagle, but most of the scholarship inspired by Blake recalls the cawing of the crow.

3 thoughts on “Some plain talking about William Blake.” 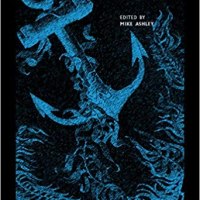 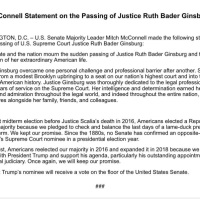 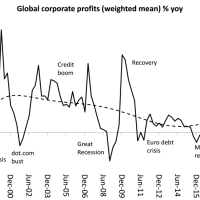 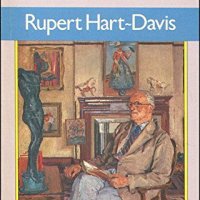 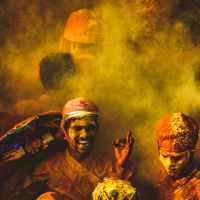 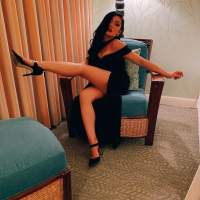 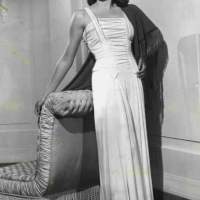 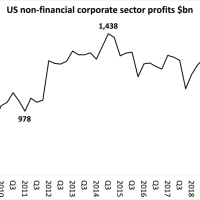 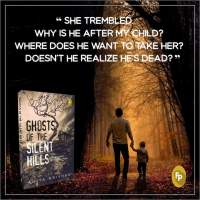 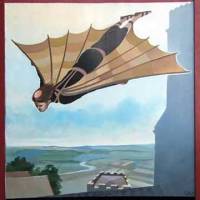 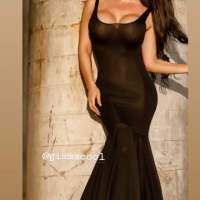 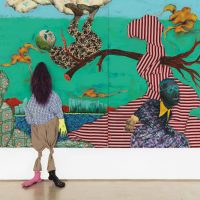