Throughout Daphne Du Maurier’s Jamaica Inn (1936), the threat of rape hangs over Mary Yellan like the Sword of Damocles, although it gradually emerges that she enjoys a sort of divine protection from the sexual advances, or even interest, of other men. Possibly her very presence causes men’s genitals to wilt like parched flowers. As soon as he claps eyes on her, the otherwise debauched Joss Merlyn assures Mary that “I’m not going to touch you; you’re as safe as a church with me.” This is admittedly an ill-chosen expression – given that a campaign of ship wrecking is orchestrated from the local parish church – but Joss nevertheless keeps his word. After kidnapping Mary, the Vicar of Alternun similarly finds that, “I have neither the mind nor the desire to touch you.” On three separate occasions, Mary entrusts her passage across the lonely moors to a solitary coachman – her virginity is assuredly theirs for the taking – but they turn out to be as blank as neutered cats, whilst, of course, no shadow of sexual temptation will cavort through Mary’s grim mind.

One may protest that, as Du Maurier’s first bestseller, Jamaica Inn would not have acquired a popular readership in the straight-laced 1930s had its dramatis personae not kept it in their pants. Yet Mary is, at least theoretically, a figure of incredible vulnerability and the threat of rape is by implication omnipresent. Mary may be too naive to register the dangers which are all too obvious to the reader, leaving the reader to continually regard Mary with the dismay of a too distant chaperone, although she surely identifies with the sexualised humiliation of the idiot who is sent scampering naked from Jamaica Inn (her uncle no doubt intends the idiot’s stripping to intimidate her.) On only one occasion, when she is overcome by Harry the pedlar, does the pot almost bubble over and Mary has to actually get her hands dirty fighting off a rapist with brute force.

The attentions of Jem Merlyn are a constant reminder of Mary’s charms and it is always pretty clear what is on his mind. When she serves him his dinner, he declares that, “I always say there’s two things women ought to do by instinct, and cooking’s one of ’em.”  In Launceston, he flatly demands sex from Mary, insisting that “I like the look of you, and the feel of you…” She is having none of it, however, and the poor boy ends up berating Mary for being “a Puritan,” “as hard as flint,” “perverse,” and not in a “yielding frame of mind.”

Jem Merlyn seems a truly fatuous creation – this cheery, plucky, but ultimately decent horse-thief is as psychologically plausible as a rendition of Robin Hood in a village pantomime. Yet rightly or wrongly, Mary is fascinated by Jem because he suggests something of her own idea of herself, or herself had she not suffered the inconvenience of being born a woman. Although Mary and Jem are equally restless and adventuring, the apparently “happy ending” which so disappoints the most passionate fans of Jamaica Inn should remain an object of suspicion. The two models of femininity available to Mary are her ostensibly independent, but ultimately defeated mother, and the ruinously dependent Aunt Patience. We are warned repeatedly that Jem is merely a younger, fresher version of his older brother – Mary sheds tears at one point after finding Uncle Joss’ smile and attentions “painfully familiar to her” – and this would seemingly cast Mary as a future Aunt Patience. Perhaps her and Jem’s genes are programmed to replicate the household at Jamaica Inn. Age can be remorseless, and although Mary and Jem seem a pretty couple now, perhaps one can imagine them degenerating until they are the very picture of Patience and Joss.

Except that Mary will never be Aunt Patience – the description of the young Patience as a “great one for games and laughing” sounds nothing like her po-faced niece. I can imagine Mary growing up to be a feisty shrew and poor Jem gradually learning that it is easier not to answer back, as he fades into the eternally henpecked husband. “Men are ill companions when the mood takes them, and I, God knows, the worst of them,” Jem warns Mary, evoking more the memory of his brother Joss than of his own agreeable gallantry. Mary can see through the act which conceals his essential gentleness and seriousness from a world inhospitable to such things, which is why he may end up henpecked. Joss himself tells Mary that “you and I are more akin than I thought,” and with no children of his own, Joss no doubt keeps his hands off Mary out of some vague sense of paternalism. His promise that “I may have work for you at Jamaica one day… Man’s work… where you play with life and death” vaguely imagines Mary as his son and heir, or the achievement of a Merlyn child which bypasses the input and involvement of Patience.

But this is the nub of Jamaica Inn: Mary Yellan is trying to achieve or safeguard an authentic selfhood in a world of hollow theatricality. Joss Merlyn conducts himself as a mixture of the moody Heathcliff and a merry Pirate King, although he is eventually exposed as a flapping Mr. Punch, with the albino Francis Davey as blank and anonymous as the puppeteer in his booth. Jamaica Inn presents a lazy and unconvincing performance of an inn – the boisterous merrymaking of the wreckers is abruptly turned off whenever they need to concentrate – whilst during the centrepiece wrecking scene, Mary bumbles about in the dark like one trying to find her seat in a theatre with the lights down. When she finally shouts out at the unfolding performance she is silenced for heckling. Jem amounts to a collection of hackneyed theatrical postures, although Mary will see through this act. Patience, on the other hand, is pure gibbering self, resembling somebody stricken with stage-fright.

Mary finds the theatrical props of Francis Davey to be in poor taste: “you wear the garments of a priest of God to shield you from suspicion; you hide behind the Cross.” During the endgame, he will assume that, “there is no longer any need for pretence between us, and we can be frank with one another…” The vicar’s pompous and harebrained paganism amounts to absolute individualism, a “naked and clean” barbarism (which rather lets Cornwall off the hook as when wrecking had enjoyed support from the pulpit, it was in the socially minded belief that the wrecks would bring wealth and opportunity to a poor region.) Offered a place in Joss Merlyn’s masquerade, or a supporting role in Jem’s particular pantomime, or the pleasant scenery of Squire Bassat’s mansion, or the opportunity to spend the rest of her life trapped in a D.H. Lawrence novel with Francis Davey, Mary turns them all down.

Jamaica Inn is a story of men at each others’ throats, and Mary’s very femininity entails a position of spectatorship. She may detest the silent, backstage femininity of Patience and Mrs Bassat, but she appreciates that her own womanhood shields her from the fates of men, where the freedom to create and perform coexists with the freedom to suffer and die:

Were she a man, now, she would receive rough treatment, or indifference at the best… And she would depart, when they had finished with her, and go on a ship somewhere, working her passage before the mast; or tramp the road with one silver penny in her pocket and her heart and soul at liberty. Here she was… being hurried from the scene of action with smooth words and gestures, a nuisance and a factor of delay, like every woman and every child after a tragedy.

Given that violence seems to be an almost exclusive property of the male world, Mary’s femininity conceivably provides a protection against rape. She has been watching the show, or waiting in the wings, throughout the entire novel, but as she finally steps on to the stage, apparently in a story co-authored with Jem, it is unfortunate for us that the curtain falls.

[When it comes to great English female novelists, Tychy has previously tendered a Marxist reading of Mary Norton’s The Borrowers and reviewed Rosemary Sutcliff’s The Eagle of the Ninth, whilst on the topic of the moors, Tychy has looked at the psychology of dog ownership in Conan Doyle’s The Hound of the Baskervilles. Ed.] 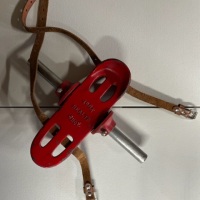 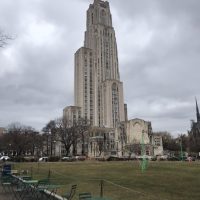 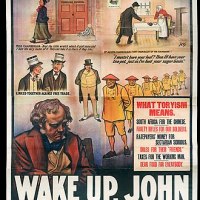 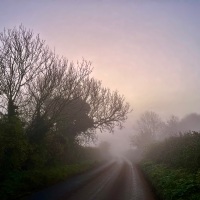