That isn’t Alan Bissett who is smoking a pipe and ceci n’est pas un nationalist. It’s just the image of a nationalist. Bissett is a Scottish author who makes a great point of writing in Scots and he’s a passionate campaigner for Scottish independence, but, oh no, he’s not a nationalist. Perhaps Scotland is not actually Bissett’s nation – I’m reminded of the old joke about the guy who is so far inside the closet that he’s in fucking Narnia. But to admire confusion in action, let us tune in to Bissett speaking about Scottish independence in Kirkcaldy this April:

Can I start off by saying, I am not a nationalist. I’m not even quite sure what that term means to be honest with you…

I’m not a nationalist, but I might be if I knew what one was:

Bissett later congratulated British nationalism on its “parochialism” and “insularity,” or he might have been condemning it – I had lost the thread of his argument by then. I also have qualms about Bissett’s chosen metaphor for nationalism sweeping across Scotland: “the lights are going on everywhere.” It inadvertently confirms that the country is being plunged into darkness.

This is one of the most bizarre features of the nationalist movement: its constant disavowal of nationalism. And so National Collective’s Mairi McFadyen declares that, “I would not call myself a nationalist,” only to admit sentences later that, “the nationalism I feel comfortable with is a civic nationalism, a welcoming narrative.” Irvine Welsh is certain that “I’m not a Nationalist at all. I’m not a Scottish Nationalist,” whilst James Kelman concurs that “Let me repeat I am not a nationalist but I favour independence 100%.” Over at Arc of Prosperity, Thomas Widmann is manning the barricades at the first flash of nationalism:

This is outrageous! I’ve been fighting ethnic nationalism all my life, I’m an internationalist. I’m even an Esperantist, for crying out loud! I’m also a proud member of the Scottish National Party. The party that calls itself “National”, not “Nationalist”…

Just like the British National Party, in other words, but it is all a question of context and Widmann is “happy to call myself a nationalist in a Scottish context.” David Morgan at Bella Caledonia completely lets the side down by conceding that, “I am a nationalist… There you go – I’ve said it. I subscribe to a political philosophy that (in the context of the Scottish Independence debate at least) dare not speak its name.” Good old Derek Bateman is also unafraid to call a spade a spade: “Blood nationalist? Ethnic? Civic? For God’s sake, grow up and accept that if you feel you belong in a country and owe some loyalty, it means you are essentially a nationalist. Get used to it.”

The Tweedledum and Tweedledee of British politics, the SNP and UKIP, are not perfectly identical, because whilst they both resort to nationalism as a way of hitting back at the establishment, the left of the Scottish independence movement is squeamish about wielding such a dangerous weapon. How can they resolve this dilemma? They can’t, and so they are at once nationalist and internationalist, leading a nationalist movement and declaring at every given opportunity that they are not nationalists.

Unsure whether you are a nationalist? Let Tychy help you out.

Do you, like Tychy, believe that the ultimate political unit is the city-state? You’re not a nationalist. But supposing that the city is, like Singapore, a nation? Or that it has the same sized population as a small nation? You’re still not really a nationalist because the nation is ideally an imaginary community which floats over towns and farms, freed from any specific geographical place.

Do you, like Tychy, sometimes dream of working people controlling the state and the means of production? You’re not a nationalist. You might, like Marx, pragmatically endorse certain nations at particular points in history, but only as a means to an end, not as an end in itself.

Are you a democrat? Many of those nay-saying nationalists cited above might be complimented with the title of democrat, in regarding the nation as a means to the greater end of democracy. But, at the first gunshot, many of the same figures prove willing to scramble for the nation rather than for democracy. Bissett, for example, warns that, “Scotland has less chance of staying in the EU if it votes against independence rather than for it.” Widmann maintains that, “independence would only increase our influence in the European Parliament,” and when considering Venetian or Catalonian independence movements, he is oblivious to the gaping paradox of “independence movements within the EU.” His furious denunciation of the UK Independence Party is the cherry on the whole deranged cake – they are not a viable independence movement because they literally campaign for independence.

The whole point of the EU is that you have to chuck away your democratic sovereignty but you get to keep the nation. This is rather like keeping your penis but being unable to get an erection any more. As the historian James Heartfield has illustrated, the EU’s institutions were explicitly modelled on those reconstructed in Germany after WW2, with anti-democratic “checks and balances” to “protect the Germans from themselves.” The EU is the scum which remains once mass political parties and powerful democracies have dried up.

Widmann reassures us that, “I believe an independent Scotland [i.e. one run by the EU] would be much better at responding to the needs of its citizens than a corrupt and remote government in Westminster.” Democracy emerges from this analysis looking somewhat formidable. The British electorate is too backward for those who campaign against corruption and remoteness to have any chance of winning. The Scottish nation offers a safe retreat from democracy on a large scale.

When George Orwell turned his attention to Scottish nationalism, he found that, “The Celt is supposed to be spiritually superior to the Saxon — simpler, more creative, less vulgar, less snobbish, etc.” If you subscribe to the latest version of this legend, which envisages Scotland as more socially democratic and less Thatcherite than England, apparently on innate or existential grounds, then this is the most wretched sort of nationalism. No amount of pretending that Scotland is a cosy, modest wee thing can disguise the fantasy of cultural superiority.

3 thoughts on “I’m sorry to break this to you, Alan Bissett, but you are a nationalist.” 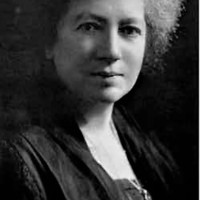