The eighth and latest novel from the English author Jill Dawson initially appears to share nothing other than a name with Edgar Allan Poe’s 1843 short story “The Tell-Tale Heart.” There is admittedly a wry correspondence between the independent “beating” of the murdered man’s “hideous heart” in Poe’s tale and the “heart in a box” machine which is used to convey a still-beating heart to the transplant surgery in Dawson’s novel. But the same object is now scarcely recognisable: the 1843 still-beating heart was feverish and diabolical; in 2014 it’s almost miraculous.

Dawson’s novel reminds me ultimately of Poe’s contemporary Nathaniel Hawthorne and particularly of the conclusion to Hawthorne’s story “Ethan Brand” (1850):

The marble was all burnt into perfect, snow-white lime. But on its surface, in the midst of the circle – snow-white too, and thoroughly converted into lime – lay a human skeleton… Within the ribs –strange to say – was the shape of a human heart.

“Was the fellow’s heart made of marble?” cried Bartram, in some perplexity…

This is altogether typical of an allegorical speciousness which appears throughout Hawthorne’s fiction; a trend which Hawthorne’s foremost critic, Henry James, had lamented “grazes triviality” and at times approaches “not moral tragedy, but physical comedy.” And so it will not suffice that Ethan Brand’s “hard-heartedness” could stand merely as a metaphor, but it has to be made concrete, so as to recruit material reality to guarantee the truth of Hawthorne’s sermon.

Dawson’s tactics are not overtly comparable, but one might successfully impeach her of a more subtle contrivance. Rather than simply undergoing a mid-life crisis, and having this bittersweet experience chronicled in Dawson’s witty prose, the protagonist takes it literally. He receives a heart-transplant; the heart of a sixteen-year-old boy with a huge throbbing motorbike is buried in his chest; and he consequently begins to feel more youthful and loving.

The model for The Tell-Tale Heart is at the outset identifiable as Ian McEwan’s 2005 novel Saturday. The first is narrated by and the second portrays a middle-aged lump with a middle-class job: Patrick Robson (50) and Henry Perowne (48) accommodate bourgeois angst within easy lives; they have pleasant but admittedly undistinguished adult children; they retain the leonine sexual alertness which middle-aged men are given in this sort of fiction. With each novel, the author has cordoned off a medical field which they intend to cultivate, and so Perowne is a cutting-edge neurosurgeon whilst Robson receives cutting-edge heart surgery. These roles are far from symbolically barren and we are not being regaled only with the gunk of the operating-theatre. When Perowne delved into human brains with his magical hands, this symbolised the paternalism of his social class. Robson’s new ticker… well, we’ll get to what this might represent in a moment.

Once it begins to resemble Saturday, The Tell-Tale Heart is promptly readjusted and we are looking at it from a new angle. It is now set in three different periods of history, like Caryl Phillips’ novel Crossing the River (1993), and we are supposed to focus on the generational interconnectedness. The grandeur of Perowne becomes dishevelled and Robson is now even a bit of a shit, or “a womaniser” as Dawson prefers to label this. The story is nonetheless warm and fun; Dawson’s roving comic writing is never put under a cloud. This is where the novel becomes original, in its moral lenience and our growing confidence that nothing unpleasant or difficult is going to happen. It’s not fair to call The Tell-Tale Heart middlebrow because the prose is generally highbrow, but there is a sunniness to the novel, a bourgeois softness which in James Lasdun’s fiction I have previously termed “Pooterish.”

Incidentally, the worst writing is at the beginning. The opening is clunky and overcrowded; along with the idiot’s introduction to heart transplants, Robson’s family flock around his bed to be introduced. You might think that the clarity and sparseness of Dawson’s prose would come in handy here, but they actually highlight how congested the narrative is. Or else Robson strikes you as flippant, with his whole life laid out on a display table. I also judged the narrative of the donor, Drew Beamish, to be at times off-key for a fifteen-year-old boy, as when he reports that he regarded something “with dread certainty.” Yet the occasional miscalculation is always righted by the novel’s humour:

“I think at first that Alice is simply standing there, wringing her hands in an old-fashioned way; then I realise that there’s some obligatory hand-washing lotion for visitors and Alice is obediently disinfecting herself.”

The Willie Beamiss episodes, set as they are in the nineteenth century, have an enjoyable wholesomeness to them, a dash of authentic swashbuckling romance. The characters are simple and decent; the reality becomes softened, the morality banal. Perhaps this is just not a very moral novel.

But The Tell-Tale Heart seems too clever to be this inarticulate. If Robson is morally refreshed by the transplant, does this imply that his earlier heart failure was indicative of a broader moral failure, just as Ethan Brand was accorded marble ventricles? We cannot really judge because the novel begins with Robson awakening from surgery, born again, and we are given no distinct sense of his old, corrupt self. We hear accounts of the erstwhile Robson, a ghostly figure acting out his empty life and its thoughtless betrayals. Unable to credit his transformation to the sort of supernaturalism which is flaunted in Hawthorne’s fiction, the embarrassed reader is allowed to think that Robson is going through the usual relief and re-evaluations that presumably accompany life-changing surgery. Problematically, however, there is still supernaturalism in this novel, with singing ghosts, the donor’s old memories popping up in Robson’s head, and the mystical fog of the Fens rolling out across the modern world.

And so we return to handle the migratory heart and ponder what it might mean. It’s hard to get sentimental about a heart, you might think. A sort of pulsating bladder, a slimy tuber which squirts fluid around your body, its function is not marked out as greatly eminent. But the heart is disproportionately noisy within our language and literature, and its strange metaphorical appeal seems almost to bleed into countless allusions which are so commonplace that you now barely register them. Dawson’s reviewers are cackling away. Annabel Gaskell commends “a narrative liberally threaded through with, dare I say it, hearty quips and phrases, although hers fit seamlessly into the text, unlike mine which was shoe-horned in!” Mark Sanderson at The Telegraph jokes that, “The references to tickers are laid on with a trowel… However, Dawson knows how to pluck the heartstrings too.” The same writers had previously described The Tell-Tale Heart as “certainly a tale with heart” and “concerned with the heart of things.”

When Willie Beamiss is languishing in prison, he attests that “the pain in my heart was so great I believed it would surely complete the task and break in two.” A condition of reading The Tell-Tale Heart is that we become conscious of references to the heart which would exist in such a story naturally and which we would otherwise overlook. The name of Robson’s transplant surgeon is Dr Burns, recalling that ditty about love being like a red, red rose. We are allowed as many jokes as are realistically permissible, from the example of a letter to the donor’s family which extends its thanks “from the bottom of my heart” to Robson’s allusion to himself as a “bleeding-heart liberal.” There is innovation as well, and one of the best lines in the novel is Dr Burns’ description of a heart as, “Vivid, you know. Like something you might see in a coral reef.” There is also a scene of great power when Robson encounters the donor’s mother and she listens to his heart and the heart of her son beating as one.

At one point Robson reflects that:

“These days neuroscience is king, isn’t it? That’s where people think emotions are located. Cranio-centrism over cardio-centrism. The brain has won over the heart, you could say.”

We might still feel that the brain is under threat, from an insurrectionary heart and its growing powers. Reason might end up dethroned, with Robson despairing that, “He’s a boy of sixteen who got expelled, who made some pretty crap decisions by the sound of things, so… what can a boy like that possibly have to teach me?” It may be easy for us to dismiss the idea that the heart has magical properties, but it’s uncomfortably easy. With pure reason, one misses the heart’s supremacy as a symbol, and such is the broadness of this symbolic influence that even the novel’s fantastical, supernatural elements are marginalised.

The nobility of the heart is evident in scenes which an inferior author would render tense or cold. The donor, Drew Beamish, is fifteen when he falls in love with his teacher. Whether or not this submits a validation of ephebophilia is by the bye. Drew’s love, in its “constancy,” becomes an overwhelmingly positive and natural force. When Drew is complimented by his lover, he recounts how “I grin and grin,” and from this picture we can extract an epigraph for his innocence: the cry from the Jabberwocky children’s poem, “Come to my arms, my beamish boy!”

But the novel begins to register strain at those points where it leans upon the blood-mysticism of a people or a region, the “tiger” spirit of the Fens. Actually, we have to be careful here. Robson’s blood is still the same; it is in fact the beat that has been changed. A Beamish heart has been transplanted into a non-Beamish and he becomes more caring. A Fenland pump has been ostensibly erected over stagnant waters. Yet when Drew moans about losing work to “Polish, Eastern European, working in great gangs, living together,” it might seem that his heart, like that of Ethan Brand, has “ceased to partake of the universal throb.” Willie Beamiss identifies “the family trait that’s most likely passed down” as “constancy… Fierce stubbornness, some might call it, and it takes a different shape in each of us: with Pa it was politics. With me it was love.”

Robson, however, does not become narrow-minded as his heart grows fonder. He grows more appreciative of his ex-wife and teenaged son. He responds with generosity rather than lust towards the women whom he would have previously enlisted as lovers. That apocalyptic, not straightforwardly incestuous scene, in which he makes love to the woman whose son’s heart is pounding in his own chest, is thankfully avoided.

We might hope that we know Robson well enough to think him incapable of this. He has surely come a long way from that photographed image, remembered by his ex-wife, of “you at the top of your slide in your back garden when you were a baby. Two years old, waving your willy around.” He recites that, “My ex-wife did once accuse me of treating my own needs as if they were instructions and everyone else’s needs as impediments.” He continues that, “men don’t acknowledge their feelings as much but they act on them without compunction.” If his brain is already filled with these therapeutic platitudes, a new heart merely fortifies, rather than overturns, the current regime.

We indulge the fiction of the heart’s supremacy and we are not entirely able to dismiss it. But perhaps Robson is right to reassert his authorship over the tales that are yet to be told:

“My heart seems to be responding, racing, it’s definitely beating faster as I gaze at her. It’s working, then? Such a strange, delirious thought: the new organ responding to my feelings.” 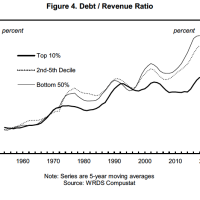 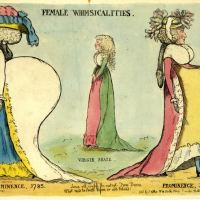 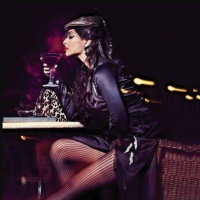