Quite fortuitously, the two plays that I saw today, before and after lunch, turned out to be thematically kindred and also comparable in their quality. “Mule” is currently established at the Gilded Balloon, whilst “How Is Uncle John?” can be found at the Assembly Hall. Both plays are powerful, hour-long pieces about young women who have gone missing overseas. Each conquers most of its ground by way of striking performances from a pair of well-matched actresses. These plays thus seem like graceful counterparts and it feels natural to review them together.

Kat Woods’ “Mule” has this year captured the Gilded Balloon’s magpie eye for trendily contemporary dramas. The play is in effect a straight retelling of the story of the “Peru Two,” Michaella McCollum Connolly and Melissa Reid, who were arrested and jailed for smuggling cocaine in Lima in 2013. Like Michaella and Melissa, Orlaith and Shannon are twenty years old, and respectively Irish and Scottish. Like the originals, Orlaith and Shannon at first embark upon a forlorn pretence that they were coerced into carrying the drugs, before pleading guilty.

I had initially set my mind against this play. It had looked stingy with its cast, in requiring two actresses to rifle through a vast wardrobe of roles and voices. It is also superficially Victorian, in accompanying two distressed damsels into a lurid underworld. The men in this play are always leering and beasts, whilst Orlaith’s mother, receiving reports back home of her daughter’s disgrace, is hopelessly stoical in the true Dickensian spirit, but for her weak heart… Spanish-speaking officialdom is haughty and its malodorous prisons are damningly bare of familiar British, or Irish, homeliness.

Yet “Mule never in fact becomes a caricature of itself. This is partly because the actresses are elastic enough to keep the unpredictable action on stage bouncing about. Aoife Lennon makes Orlaith likeable but never likeable enough for us to let her wholly off the hook. A scene in which Orlaith shows resilience and practicality, by organising a talent contest in “one of the world’s worst prisons,” gives us something noble to cling on to. Meanwhile, the majority of the roles are played by Edith Poor, who proves to be something of a phenomenon. Swarms of wildly different people chase each other across her face.

The play is largely amoral. Silly girls get into trouble overseas and the only thing for them to do is to be sensible and muddle through without too much fuss. In place of any moral inquisitiveness there is a keen documentary impulse, the prioritisation of the story’s human interest. Scenes in which an undercover journalist infiltrates the prison and the prisoners try to obtain sanitary towels are vividly shown and told. So you learn a lot without being necessarily taught anything: a virtue, considering the alternatives.

Sally Lewis’s “How Is Uncle John?” similarly has all the makings of a harrowing Victorian melodrama. A blameless maiden, Victorianly named “Hope,” is lured away from her loving mother, into a dark underworld of bestial men and their dreadful desires. The Victorians would have called this something like infamy or degradation, but this is the twenty-first century and so it is sex trafficking. In common with “Mule,” however, Lewis’s play has much more to offer than the threatened clichés and crassness, in part due to its cast’s superbly-judged performances. But this play also has an aptitude for psychological horror which enhances, or more to the point decontaminates, the melodrama.

As the mother, Holly Joyce is frank and lucid, desperate but never hysterical. It is an intimate, very watchable performance. When she is silent, Naomi Stafford’s Hope is an angelic presence, a figure of childish solemnity. When she first begins to confide in us, as a seven-year-old schoolgirl, she is pleasantly monstrous and over-healthy.

We are marooned in hell from the very beginning, with hell depicted as endless, pointless therapy. The mother is asked to talk to a cushion as if it was her missing daughter, but she soon gives up on this in bafflement. Her daughter, now an adult and missing overseas, still seems impossibly fragile and this fanatical belief in her fragility comes to eclipse everything else in the play. We are here allowed a certain, albeit tight window to climb out of the melodrama. The scenes in which Hope is trafficked, the nightmarish images of her waiting beside a road for carfulls of men, are potentially localised to within her mother’s imagination. Hope’s suffocating girlishness and her terrible pleading can be safely attributed to an anxious kink in the mother’s perspective. There is no confirmation of whether Hope’s present-day scenes are occurring concurrently to the mother’s or simply unfolding in the mother’s mind. The final words “How is Uncle John?” could be even the only unadulterated words to be uttered by Hope in the entire story.

So this is hell, but there is at least an uneasy possibility that it is only the humdrum hell of being alone and worrying. The hell of loving somebody who is far too far away. 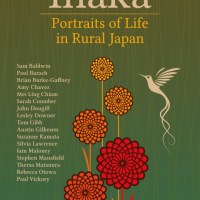 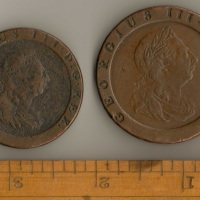 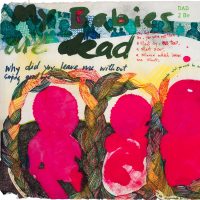 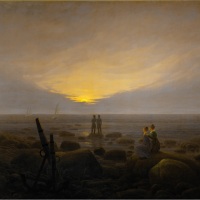 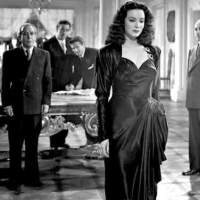