The staff meeting had been scheduled before the aquarium opened for the day. This meeting had bowled in clean out of the blue and it was not in response to any known tumult amongst the staff, so there was immediately a certain exquisite trepidation about it. Everyone was faintly exhilarated by some spectral prospect of closure and mass redundancies.

It was seldom that everybody was got together in this way. Lots of staff who normally never met were squashed into the impromptu meeting space, as though all of a house’s furniture had been jumbled up in its front room. Ross, the aquarium’s manager, was currently circulating around the rows of seated workers with a little wicker tray. In a more innocuous context, it would have looked as if he was handing out boiled sweets. Everybody was eyeing this tray’s progress with curiosity and apprehension.

Ross is a gangly, hunched man with an eerily bald head. He has enormous and disconcertingly hairy hands that are always caressing clipsheets or rolls of paperwork. Today, as ever, he wore a crisp mauve shirt that fit so improbably well that his cramped, bat-like body seemed to have been somehow vacuum sealed into it. “This isn’t my idea,” he mouthed shyly, as he brushed past with his tray. “It’s head office.” He froze and shivered for a second as someone exclaimed with amazement at what they had picked out. Now he was creeping around me as noiselessly as a cloud, stooping daintily and floating the tray within reach of my hand. I automatically put my fingertips in and they fastened around…

It was orange and it had the taut, chemical shininess of something just sprung out of its packaging.

When Kirsty took her Fitbit, she found herself recollecting those poison-dart frogs that were kept in the jungle section. Their fastidiously tipped miniature bodies, whistle-clean and whistle-pert. With their zany suits, a frog alone in a tank of wringing wet moss looked like a jazz player in an empty nightclub.

When Renata took hers, her mind was borne on wings to the tentacles of the aquarium’s octopus. This slack, honey-coloured rubber, incessantly pouring itself in clinging coils into every chink and opening.

When Sandeep took his, he pictured the seahorses, bobbing droopily and drowsily in their murky water. Compact little devices, ticking with secrets.

Ross had finally surfaced again at the front of the meeting. “Good morning everyone,” he began in a voice as clear as a shop bell. Or rather, there was something brittle or firmer than normal in his voice of androgynous plush. The strangely distant voice of a kind schoolmistress when she is announcing that external inspectors are coming in to disturb everything.

“I have called this meeting to let you know about some new procedures that are being introduced at the aquarium. They have been cascaded down from head office and they are a top priority. Some of you might not like these changes,” he noted fairly, “but you can come to me at any time if you have any questions about them.

“Each of you has been issued with a Fitbit. If you are unfamiliar with what this is, you wear it on your wrist and it will take a count of every step you take. Now head office have been growing worried about productivity at this aquarium. In monitoring your performances, they have picked up on dawdling in staff-only areas, excessive coffee and cigarette breaks, a tardiness in responding to our visitors’ questions, and even a rather lackadaisical approach to feeding the exhibits. Let me give you an example, from the signing sheets on the fridge. When was the last time that any of you fed the alligator snapping turtle?”

Ross counted out five seconds, purely for emphasis. Everybody bristled and looked around defensively.

There was a horribly thick silence. Everybody was begrudgingly impressed and they could now only wait for whatever blow was poised to fall.

“Now,” he looked around and appeared to ease back into his familiar personality, “your questions?”

It had dawned on the staff that, without knowing it, they had been sliding into a pit trap. There was at once a kind of involuntary scramble to try to dig their way out of where they were already sunk in right up to the waist.

“If I’m working in the gift shop,” Ana bleated, “or if Biggy’s in the box office, then we’re going to be at a disadvantage, compared to the staff who are walking around feeding the exhibits. It won’t be fair!”

Ross smiled, lighting up like a bleak light bulb. “You will have noticed that I was working in the box office yesterday and in the gift shop the day before. I counted my steps and found that I was able to complete several thousand. For example, rather than sitting there and waiting for the visitors to come to you, you can be on your feet, running forward to welcome them.”

In her dismay Ana visibly mouthed an obscenity. She then became conscious that she had in her excitement stood up. There was nothing left for her to do but sit hugely back down again in defeat.

“I think that this is an excellent idea,” I said brightly, foreseeing that it would cause escalating chaos and probably destroy the entire organisation. I doubted that the technology even existed. As if they had seriously built a central supercomputer that could drink in the data from everybody’s devices. I supposed that at the end of the day Ross would just make an educated guess as to who had done the most steps and who the least. Nobody would fail enough under this system to be ever hauled in front of head office. So this was recognisably just another ruse from the capitalists to manipulate us into all working harder.

It nevertheless worked. Half an hour later and even the most indolent member of the team found themselves changed beyond all recognition. In the gift shop, Ana was running up to greet the customers, running this way to fetch a receipt for them, or that way to open the door for them as they were leaving. This nasty little plastic imp on her wrist had thereby transformed her, as if by magic, into the most virtuous and helpful person.

Unfortunately, the screens of our Fitbits had been deactivated so that we could not ascertain how many steps we had completed. Ana therefore did not know when she should keep the virtuous-and-helpful pedal pressed to the floor, and when she could ease off…

[Successive instalments are provisionally subtitled “Codfish” and “Shark.” There might be a fourth instalment but I can’t yet think of a suitable fish to subtitle it.] 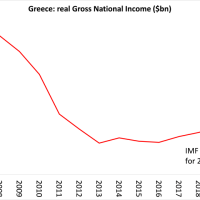 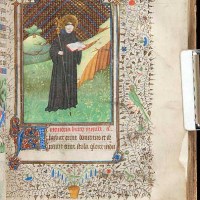 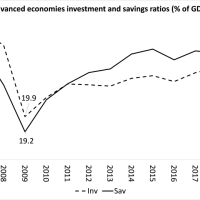 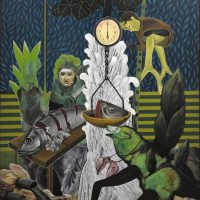 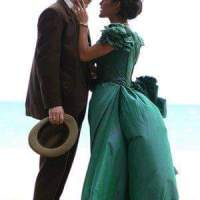 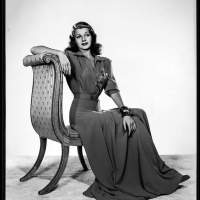