“Level Up” has one date remaining at the Space on the Mile. Jimmy (Craig Smillie) is anxious to get hitched to his girlfriend Tash (Natalie Kelly) but it turns out that there is a hitch. Within the state-controlled social credit system, he has too low a score for his marriage application to receive state sanction. He’s a bum and more likely to be seen playing computer games than doing anything that benefits his community. Fortunately, Jimmy is latently something of a lad o’pairts. Hugo (Rory Crawford), a steely administrator, is happy to put Jimmy’s talents to work in organising the community’s data. In return, Jimmy will get his vital points boost.

The whole plot of “Level Up” has soon knitted itself into a single, centrepiece dilemma. Should Jimmy abandon his no-hoper friend Tommo (MacKenzie Peterson) and his less resourceful brother Andrew (Calum Philp) in order to get ahead within the benevolent state rewards scheme?

Any child could see that Jimmy has to side with his friends, but for a long time the play is beating him around the head with this solution and it just won’t sink in. This is the sort of moronic dilemma that a character would be plonked into in Hollyoaks or Brookside (if they still make Brookside, that is).

I was initially disposed to pardon the unambitious writing because the company, Full Breakfast Productions, are all students from Edinburgh colleges. There is a rather hayseed charm to the cast – Jimmy is nicely dopey and bashful, whilst Tommo is equally cute as the play’s amiable rogue. The lavish usage of Talking Heads’ music also guarantees a feelgood atmosphere. Then I read in the programme that the writer, Lee Sutton, has been brought in from outside and that he is literally a scriptwriter for EastEnders. I feel like I have been decoyed out of the Fringe and into reviewing, all horror of horrors, television.

The idea that crowns this play – its social credit system – is apparently already operational in China. Tash is revealed to be a designer of the system who is disillusioned by how it has worked out. In this respect, she resembles Adam Smith or the deists’ non-interventionist God. Yet we can soon see that her system is basically our own capitalism organised in an unfamiliar way. Instead of people getting rich by being mean and sucking up to the more powerful, they get points. Jimmy’s example shows, though, that the social credit system is not really a dystopia because it is in fact far more meritocratic than our own society.

Jimmy is reproached for pulling himself up by the bootstraps. At a time when a rich Etonian has been just made PM, I’m not sure that we still enjoy the luxury of being quite so snobbish about this. 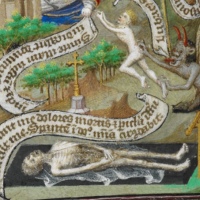 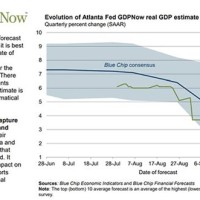 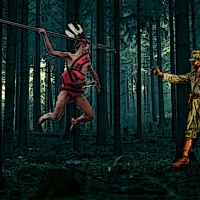 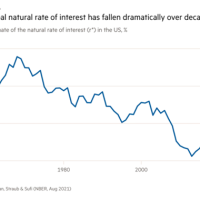