One of my favourite YouTube channels at the moment goes by the name of Fascinating Horror. The YouTuber who scripts and narrates its videos is so self-effacing that he has not even permitted himself a pseudonym. In fact, the only single piece of information about him to be shared on the internet is that he is based in Edinburgh, my own city. Now, whenever I am drifting around Edinburgh’s supermarkets, there is always some subconscious part of me that is keeping an ear out for his voice. A thin, quiet, carefully weighted voice, full of pathos, that I might happen to hear issuing one day from beside a nearby checkout, asking for a bottle of Buckfast or a packet of Benson & Hedges.

The channel’s first video dates from March 2019. The early videos are about five minutes long; they are today increasingly likely to stretch past ten. Fascinating Horror has lately become a cornucopia of disasters and any newcomer to the channel can now gorge themselves on gruesome tragedies. The narrator has an obvious predilection for disasters at theme parks and he particularly delights in malfunctioning rollercoasters and lethal water slides. But there are equally episodes on remarkable fires, murders, accidents and animal maulings from history.

All of this channel’s topics are already covered elsewhere on YouTube and the narrator does not seek to take any original angle on them. There are indeed prior channels, such as Horror Stories, which have for many years collected disasters from history under the banner of “horror.” What is of value with Fascinating Horror is, however, a certain distinctive cleanness and minimalism to the presentation. The first words in any video are the date of the incident and the last words are always the end of the story. There is nothing self-referential – no appeals for likes and subscribers – and merely a steady, authoritative voice that never departs from the rails of the story that it is telling.

On Fascinating Horror, the richest horror is also the plainest. This channel’s moral – and it is a moral that comes to be sharpened with each new video – is that the worst horror is more likely to emerge from faulty equipment and sloppy health-and-safety than from clichéd vampires and cannibals. And this horror is so frightening because it is no respecter of our most sacrosanct places. It will move freely through amusement parks and holiday attractions.

To the victims of this horror, the universe is revealed as a straightforward game of odds, which they have straightforwardly lost. Every one of the people who had died in the incidents that Fascinating Horror describes will have shared exactly the same thought in their final seconds: “This is so unfair!” As they were being pulped, they must have felt that the universe had come to rest on them like a great indifferent eye, with no intelligence behind it that cared whether their bones were being snapped and their flesh cleaved open. Of course, it could be that death feels this scandalous for everybody, even if you die in bed from organ failure at the age of one hundred and four.

There is a tasteful chill to the narration on Fascinating Horror but there is an empathy as well. The narrator will clearly feel every bump in a story deeply rather than just gliding over its surface. But if he explains that he wishes to tell stories without “sensationalism or disturbing imagery,” this is probably because these qualities are too superficial for him. The horror in his stories is instead a fundamentally emotional aesthetic, an awe at the viciousness of reality.

Whenever the rollercoaster’s safety-harness falls snugly into place, the very last thing that you might expect to ensue through the next few minutes is that your legs will be severed. Or that you will be doused in blood from a decapitated fellow passenger. Just as tales of ghostly terror are the traditional zenith of fireside comfort, the thrills of the rollercoaster circuit are really a guarantee of your utmost safety. In the rollercoaster harness, it is one of those rare moments in life when you feel as safe as a foetus gathered up in the womb.

Since a rollercoaster is synthetically terrifying, it stands to reason that the people who have built it and who maintain it must have made it totally safe. Otherwise the terror would be real and it would be, ipso facto, no longer pleasurable. The trouble is that your eyes can see that the rollercoaster is aged and your common sense tells you that it is maintained by operatives who are tired or underpaid or too bored to concentrate properly. So you disable your critical faculties and you become complicit in the illusion of safety that is a precondition for the illusion of danger.

Fascinating Horror upends this whole pyramid of faith because it shows that the danger of rollercoasters is occasionally a genuine reality. Once you have educated yourself about all of the rollercoaster disasters in history, you will no longer feel blissfully and mindlessly safe in your snug harness. You might even become sickened by rollercoasters and regard them as being a bit of a scam.

To illustrate, let us swirl around “The Dreamworld River Rapids Disaster” like we are savouring a choice brandy. This incident had occurred in 2016 at the Dreamworld theme park in Australia. A pump had malfunctioned and the water level in the River Rapids ride had fallen so low that one of its rafts had become stranded on a mechanical conveyer that was meant to carry it up a slope. An oncoming raft had collided with it and four of its passengers had been thrown into the mechanism of the conveyer. At this point, the narration is discreetly withdrawn and a vortex of horror opens up, in which we are left alone to imagine the dismay of the people who had been pitched alive and conscious into the mangle. “This is so unfair!”

It is surprise that makes the fascination glisten so juicily within Fascinating Horror. The pleasure-seekers who believe that they are in absolute safety and who are luxuriously enjoying themselves, up until the reality of human annihilation darts like a monstrous beak through all of their illusions. In these chaotic theme parks, we have thus stumbled upon a buried treasure-chest of the old medieval memento mori. In an early video, when he had not quite achieved the correct presentational discipline, the narrator had moralised about the passengers of an exploded hot air balloon that, “they were likely expecting nothing more than a pleasant, peaceful ride… none of them were ready to face the choice about the manner of their death. None of them were ready to die.” Mors patet; Hora latet.

Another striking and especially audacious example of death’s unveiling can be seen during “The Le Mans Motor Racing Crash” in 1955. A car had crashed and disintegrated on the circuit, with its bonnet skimming into a tightly-packed crowd of spectators. The result had been an impromptu mass decapitation. Random people who had bustled in to get a look at the oncoming racing cars had suddenly experienced a split second or so in which they were forced to confront the enormous reality of their own deaths. “This is so unfair!”

With “The Bradford Sweets Poisoning,” death had sprung out of some peppermint humbugs and poisoned the children who were feasting on them. In “The Victoria Hall Disaster” death had been conspiring to trample and crush children at a magic show. In “The Aberfan Disaster” death had reared himself a throne and looked gigantically down upon an unsuspecting school. “This is so unfair!”

There is a counter-narrative within these videos in which lessons are learned and a readjustment is made to civic society with each new disaster. The Victoria Hall stampede had, for example, inspired the invention of the crash bars on modern emergency exits. After a while, the viewer of these videos might feel that they are undertaking a college course on the history of health-and-safety, and visiting the different case-studies on its syllabus in turn. It is almost possible that the YouTuber is himself a PhD student whose subject is something like “Anthropology and Health-and-Safety.”

Once it had excited scant remark that a chimpanzee could be kept as a pet and subdued with Xanax whenever he became aggressive. Only in retrospect does this seem absurdly dangerous. The lack of wisdom had needed to be shown and proven before society would agree to incorporate it into common knowledge. Each disaster in these videos concludes with an even finer clarification of the world’s dangers and with the world growing saner and more suburban as a result. Each time things are made slightly more onerous for death to get back into the game.

Death has, of course, got back into the game with a fancy new trick this year. Perhaps in the era of COVID-19, there are more and more viewers who will connect with the solemnity of this channel’s underlying message. Clearly, if you watch too many of these videos then you will begin to grow overly conscious of your own surroundings. Or paranoid about all of the ways in which death might be stored up waiting in the ancient wiring of your house or in the lackadaisical fire-evacuation procedures at your local supermarket. So it is important to stay alert and, in the meantime, you should try to cherish the days (or hours) you have left a little more dearly. 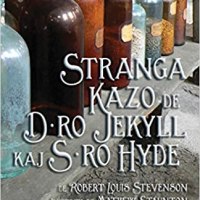 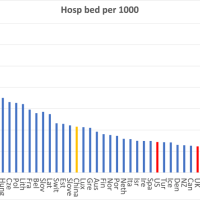 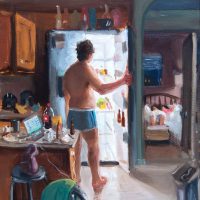