She, the mistress, had appeared suddenly on that dirt courtyard that had formed between the cabins. The amazement had been universal. She had stood stranded and gazing around at the doorways, as though she expected the occupants of the cabins to all scramble out immediately to help her. In the strange, honey-coloured sunshine that trembled on the yard and on the clapboards at this time of year, she looked somehow like a profane thing. Like something that would be mobbed by songbirds.

For a second, a moment of slippage in the machinery of this regime that they had, when two spokes had briefly missed each other, the occupants of the cabins were all scrunched up frozen dumb, watching the mistress waiting. If they waited for too long then the situation could become dangerous, but they knew that they would not come to any harm by allowing themselves this short, satirical pause, this brief ogle at the mistress’s confusion.

Eventually, a party of their most serious men, the most presentable men that they could put up, lumbered out to meet her. Once the people in the cabins had breakfasted, they would stroll over to listen to this preacher that they had, and so, in any case, all of them were as presentable as it ever got. The men took off their hats and they surrounded the mistress, listening to what she said. She looked harassed and the men looked grave, although also, it had to be said, very subtly noncommittal. As though they were agreeing to help out a stranger who had lost their way rather than responding to the mistress’s usual orders. Then the men were dispersing in different directions.

James came back to their own cabin. His hefty figure poured into the interior, with that rare, velvety speed that he would assume whenever a matter had grown urgent. “The boy here?” he asked. And he named the boy.

He shook away their questions sullenly but soon, to his annoyance, he had been held up answering them. “This man she has, Brantell, is sick. Or he’s in bed anyway.”

“I thought that rifle shot just chipped a little tiny bit off him. He was walking around unaffected after it, I thought.”

“Well, as I said, he’s in bed now. There are only us left but she won’t give the running over to one of us, in case it offends him.”

For an instant, as if part of his normal brickwork had crumpled and tumbled in, James was blinking, dismayed. “What is going to happen to this place? There’ll be no food to eat if they don’t figure out what they are doing up there.”

“Hopefully if she pays a visit for once, she will see how many mouths we have down here.”

James nodded and then the thick glaze of his stolidity was back and everything was firm again. “She has eyes. No doubt, she has a brain too.”

“What does she want?”

“Apparently, Brantell thinks that a bottle of their apple brandy is missing. Brantell has it in his head that the boy has taken it.” And he named the boy.

So this was what had upset James. Already, fright had plunged down, swirling as madcap as a tornado into their midst. The boy’s mother and her daughters exclaimed. Only the grandmother was calm.

“Ach, if she talks to him she will see what a nonsense it is.”

“He is just a boy though. They shouldn’t be allowed to say these things.”

“Where is he?” James snorted. If this goes on, he thought, then whenever anything is missing people will think first of the boy.

The boy was not there but then, wondrously, she, the mistress, was stepping in amongst them like a phantom. Eerily, however, and quite unlike a phantom, she was frozen with a kind of smirking discomfiture, rather like somebody who had opened the door on the wrong outhouse. Immediately, everyone had pressed forward and next they were gathered more suitably outside again, in the light and the fresh air.

Now the boy was here, invading the scene from another direction. The people cleared so that the boy and the mistress had been established facing each other, rather like boxers. The boy’s head was cocked and he was studying her with a polite puzzlement.

She had to look down only very slightly to meet his gaze. He was already in that gangling stage of boyhood, that stage when they eat bewildering volumes of food, as though it is plate after plate of flavoured air.

Flatly and without any emphasis one way or the other, she asked the boy about the missing brandy. She could have been inquiring after some work that he had been doing voluntarily, without her knowledge, in a distant field. The boy had a reply ready but then impatiently, with an abrupt snap, she had talked over him.

Of course she knew that she was on a wild goose chase. This was more an apology to the sky or to the walls of the houses than it was to the people who were lined up in front of her. But she could see that a boy could not walk down here with a bottle of brandy, without someone spinning him around and sending him straight back up to the house with it. And she could see that none of them could just gobble up a bottle of brandy and then continue to do all of the work that they were meant to do, least of all a boy. She could see, she began to theorise, on the spur of the moment, that Mr Brantell must be feverish. Despite the common opinion, such a man could be probably not shot in the head without his system being rumpled a little.

She could imagine some other lady mistress instructing her assembled brood to all pray for such a man as Brantell. She imagined the hands hypocritically bobbing their heads. She caught the smile before it reached her lips, pummelling it until it could no longer move.

James was proposing that they could organise some party to search for the missing brandy. Some miscreant could have hidden it in a tree trunk or in a raccoon’s den.

That would not be necessary, she, the mistress, announced. None of the hands were allowed alcohol, aside from when they were ice-cutting. A tiny quantity would rise straight to the thief’s head, if indeed there was a thief, and the thief would be shown to them as though he was bathed in a great light from heaven. So they should keep their eyes peeled, for any hand who was not able to walk in a straight line.

She then smiled at the boy, as if she had noticed him for the first time. “It has never occurred for me to come down here. I shall look at where you live. I like to remain informed about these things.”

“Please, I am not still hunting for this bottle.” She smiled at the boy again, in a gentle but unmistakable signal for him to start moving, and he took a step back, not sure yet where his legs were carrying him. Next everyone stood dumfounded, staring around helplessly at each other, as the mistress looked up at the nearest cabin door and then proceeded straight towards it. 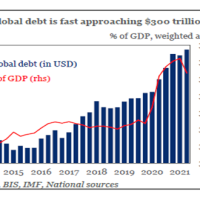 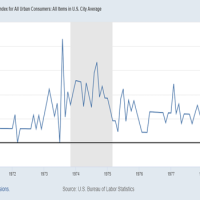 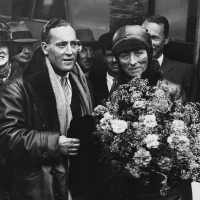 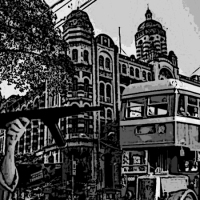