One of the reasons why I feel especially competent to review podcasts is because the outfits behind them often look and function like theatre companies at the Edinburgh Fringe. I am, needless to say, a longstanding observer of just these organisations in this very field. A successful Fringe production will depend upon the particular, one-off chemistry that ensues whenever a talented writer combines with charismatic actors. There is a temporary genius at play, just for a little while, like a flower flesh in a vase with its allotted lifespan. Once the run is over, the petals will break apart, the writer will go one way, the actors another, and it will be as if this fragile thing that they have made had never been.

The isolated, self-contained creativity of a Fringe play might well recall the atmosphere on a polar research station. Something similar is going on with The White Vault horror podcast. There is a meeting of talented creatives and actors. There is that whirl of promotional activity that you see in youth theatre companies. Coincidentally, the story is also set on a polar research station.

The White Vault is written by Kaitlin Statz and produced by Travis Vengroff. A small corporate expedition is sent to a mining outpost on the far-flung Norwegian archipelago of Svalbard to repair an “equipment malfunction.” Svalbard is, incidentally, huge. I had assumed that it was just a few loose rocks, rather like the Shetland Islands, but when you locate it on a map it has a bigger landmass than such European nations as Latvia and Croatia.

As expected, the supernatural soon commences its attack, but a lot of the unease of The White Vault is actually formed from human ingredients. The presence of only one member of the team, the technician Walter Heath (David Ault), could be justified to the finance department of this story’s mining operation, Sidja Group. Everyone else in tow appears to be strangely superfluous. There is a kind of project manager (Eyþór Viðarsson), a medical doctor (Lani Minella), a psychologist-cum-native-scout (Peter Lewis) and a geologist (Kessi Riliniki) whose skills remain mostly unused. The geologist is told that she is being taken along to analyse chance data.

The White Vault is yet another “found footage” podcast, in supposedly comprising recordings that have been retrieved or salvaged from the outpost. These recordings are being curated by a “Documentarian” (Hem Cleveland), whose voice is so emotionless that we might vaguely suspect her to be an AI. Is her podcast a corporate report for the perusal of Sidja’s shareholders or is the Documentarian conducting an internal inquiry into whatever disaster has happened on Svalbard? Or is she a historian of the future who “came into the full collection” of the recordings, as she puts it, in an amateur, documentary-making capacity? Who are we, the listeners, meant to be, therefore, and why are we listening?

The format of this story carries the ominous implication that the team are all dead or missing, though the Documentarian is careful to never completely announce this. Loopholes are left open for us to wonder about. Some of the team members are required to provide English translations of their original recordings, though this could be simply an unavoidable glitch in the podcast’s design. There should be a steepening paranoia, since the sinister corporation has clearly sent its foolish hirelings off to be sacrificed to some supernatural being or force, perhaps to appease this entity into allowing next summer’s mining to proceed without any interruption. Reviewers tend to compare The White Vault to John Carpenter’s prosthetic-gore splattered The Thing (1982), in which the members of an Arctic research team are hunted to extinction by a rampaging extra-terrestrial.

Yet the unexpected charm of The White Vault is that its assiduously planted crop of cabin fever is late in sprouting. There is sometimes a little urgency about brewing the coffee, which the team quaff appreciatively like the townspeople in Twin Peaks, and the polite discussion grows occasionally earnest, but the team otherwise sound like well-behaved children on an Enid Blyton adventure. It smacks of a malfunction, as if all of the paranoia in the writing had immediately dissipated once the acting had started, but it still somehow works. The overall tone at the outpost is hale and friendly. The characters are very likeable and you have to try very hard to imagine any of them possessing any unpleasant secrets. Indeed, if the character Jónas Þórirsson (Viðarsson), who has family commitments, is put aside, the team can be potentially coupled off.

For how much longer can such a story keep patience with this informality? The White Vault appears to be trying to stretch a conventionally snappy horror scenario, in which a menu of doomed characters is eaten one by one, into something nearer to a soap opera. Although it might resemble a soap opera in its relaxation, the series is in fact moving at a general rate of one day in its world to two weeks in ours. There are instalments of twenty minutes or so every two weeks. Moreover, there are two seasons, with the first ending next month and the second beginning in October. It is probably asking too much of the listener to care about characters like these for so long. Unless, that is, an immanent massacre has been scheduled and the second season will resume with a new cast, but this would not sit well with the pleasantly innocent atmosphere that has so far prevailed on the outpost.

The makers of this podcast have kept abreast of ongoing problems with other, similar horror podcasts. Whilst we do not know where the story is going, it is at least going somewhere, hence avoiding the tendency of The Black Tapes to lapse into a cyclical, monster-of-the-week format. The usage of an international cast makes the characters sound more distinct and rounded than do the indistinguishable teens in the comparable horror podcast Lake Clarity. There is something knowingly musical about the voices in The White Vault and the balance between them, from Riliniki’s Germanic sing-song to Lewis’ bear-like growl (which is undoubtedly what a polar bear would sound like if it could speak).

The production is pinprick clear, at once rich and unobtrusive, with a notable chill coming from the recording of a human sacrifice that is mysteriously received on the outpost’s radio. The pay-off when a human heart is discovered inside the team’s cosy bunker is deftly pulled off. It will be interesting to see how moments of greater horror are dealt with.

A podcast such as The White Vault differs from a Fringe play because the latter is a story that is told over and over again, perhaps losing some lines and gaining others in the process, and increasing its spring with each performance. A podcast series can only go forward and it is trapped on its own journey, laying the train line as it continues to travel along it. For a cult podcast and conceivably a future classic of the genre, much is riding on where The White Vault will go. 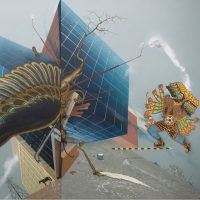 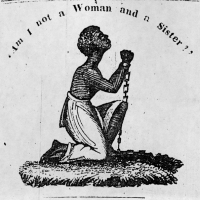 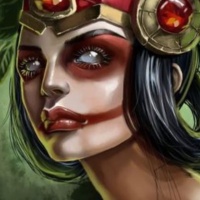 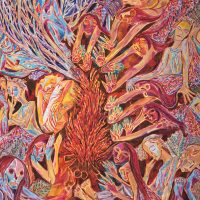 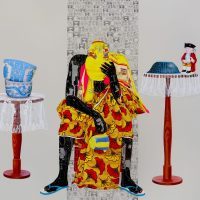 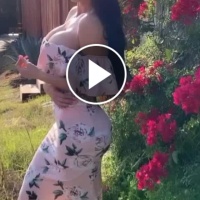 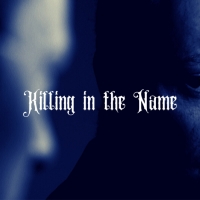 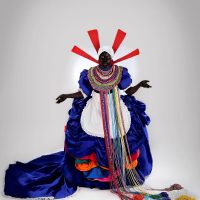 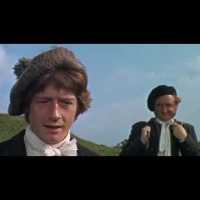