No economist was ever going to like the “fiscal event” that has been the first wave of Liz Truss’s magic wand. The problem with such a departure from economic orthodoxy is that everyone is put on the spot. Every economist has had to say whether this mini-budget will be a flop or a masterstroke. The Chancellor Kwasi Kwarteng had even provided a handy figure – a trend rate of growth of 2.5% – with everyone being required to predict whether or not the UK will hit it. There is no hiding place here.

Nigel Farage, the former Brexit-Party leader, gets top marks for his bravery. “Today was the best Conservative budget since 1986,” he had boomed to his 1.6 million Twitter followers. For somebody who styles himself a knowledgeable City insider – and who gives financial advice in the pages of the newsletter Fortune and Freedom – this was truly a Geronimo! moment. The time had similarly come when intellectuals from the free-market think tanks the Taxpayers’ Alliance and the IEA would find themselves unexpectedly riding into battle stark naked.

Other commentators have been altogether more careful. Kate Andrews, the Spectator’s economics correspondent and formerly of the IEA, had negotiated a safe path down from danger. She had celebrated Truss’s tax cuts whilst warning that the “supply-side reforms” that were needed to complement them are still outstanding. This had sounded to me like a strange shyness from a previously gung-ho tax-cutter.

Anyway, a vast pension-fund selloff had ensued and the Bank of England had needed to sprinkle £65 billion to calm the markets down again. Truss’s attempts to boost demand through tax cuts were soon lost in a general backwash of mortgage-rate rises and calls for “spending discipline.”

The UK economy is presently haunted by scarcity. There is a lack of affordable rents, of affordable mortgages and of affordable energy. If the government tries to make these resources more affordable by giving the public more money, this will only lead to more people chasing after them and to the prices growing even more unaffordable. Anybody with eyes to see can understand this.

It is not as if Truss’s tax cuts will somehow free up a load of new money to spend on yoga workshops and hair transplants and caravan holidays in the Lake District. Housing will greedily devour most of this liberated wealth, as is lately its traditional role within the UK economy, and whatever is left will be eaten by energy bills. The problem with awarding £2 billion in tax cuts to the highest earners is that this is nowhere near enough to correct the recessionary drift in the rest of the economy. It is not so much “trickle-down economics” as just a trickle.

Political commentators have been enthralled by the spectacle of a self-confident new Prime Minister imploding on arrival. Truss has arrived at the ball only to see her frock instantly transformed to cobwebs, her coach to a pumpkin and her Chancellor to a panicking mouse. It is nonetheless misplaced or severely short-termist to pin this disaster exclusively upon Truss’s particular psychological flaws or on some calamitous political formula all of her own.

Instead, the whole ideology of conservatism is implicated. The Conservative Party membership has collectively and after a process of tremendous democratic deliberation agreed to amass behind Truss. She is just the questing tip of the overall organism. The Tories’ reward for giving such a clear expression to their own priorities appears to be an election wipeout, with the last YouGov poll shrinking the next parliamentary Conservative Party down to 61 MPs.

Such a startling tumble might look merely like a piece of anomalous electoral slapstick. Behind these acrobatics, however, lies the heavy reality that the Conservatives are incapable of making the “supply-side reforms” that are now urgently needed.

“Trussonomics” is essentially nothing more than party-politicised nimbyism. Conservative members and voters want to neither pay for new social-housing programmes through their taxes nor to share their beloved Green Belt with private developers. There is equally no room within this ideology for imaginative and adequately funded solutions to the energy crisis. It is therefore easy to laugh at Truss’ obtuseness in sticking to her unscientific tax cuts, or her aloof dismissals of public criticism, or her amazing disrespect towards the Labour heartlands that had given her her parliamentary majority, but these are, in the scheme of things, details. The true heartlessness of Trussonomics is in fact the void where pro-growth policymaking should be thumping.

3 thoughts on “A Chirrup on “Trussonomics.”” 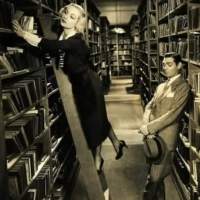 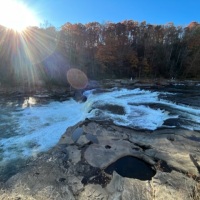 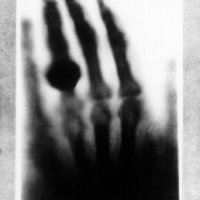 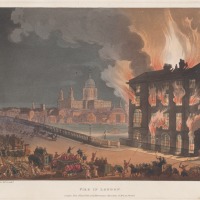 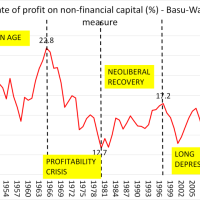 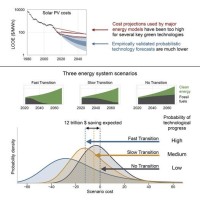 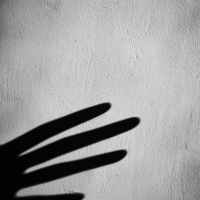 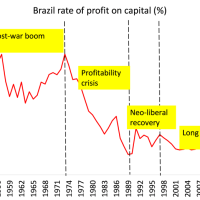