I have come to the Edinburgh Filmhouse for a late-night screening at the Dead By Dawn horror festival. I am sitting in the bar before the show and watching a man in a t-shirt that luridly depicts the face of Jacob Rees-Mogg, MP. The t-shirt lays out Mogg in creamy kitsch, using the familiar template of that Barack Obama HOPE meme, with the same woodcut grain and sunset colours. And underneath, in huge letters, instead of the word HOPE there is TWAT.

I am amused by this but then I feel mildly pained or defensive, a small discomfort like a stone in the shoe. Next, this instinct is corrected and I am feeling guilty at being on Rees-Mogg’s side. So here is a pretty puzzle for me to unpick. But a word first on the man who is wearing the t-shirt. He is a greybeard in his late fifties or early sixties and, with his tight jeans and his pouting teenaged defiance, he looks like a highly disgraceful old gentleman. His stiff pose must nonetheless require constant maintenance. I suspect that if he breathed out, the years would descend like rooks and he would promptly collapse into weary frailty.

Leaning over to my companions, I joke about how terrible it would be if the word TWAT was discreetly erased in the wash. Weeks later, this man would be suddenly mortified that he had been parading around in unfashionable celebration of Rees-Mogg.

There is something shocking about this t-shirt, not because it declares Rees-Mogg to be a twat, but because since the referendum most people in Edinburgh have been naturally careful to avoid referring to politics outside of a designated political setting. It is almost as if politics has made such a nuisance of itself that it has been driven from the daylight. This t-shirt is ostensibly an open invitation to start chatting about Rees-Mogg, but I immediately think about how awful it would be if I approached the man and uttered some critical comment. We might row, his evening might be spoiled, and we might both end up piping hot and thoroughly stirred up like mugs of noodles.

To insist that Rees-Mogg is a twat in this way is like making an advantageous chess move that any decent opposing player can only silently watch. But the man’s t-shirt sets me musing on the care with which we should broach politics. Whenever I find myself discussing politics in an impromptu encounter, I am always deferential and eager to avoid causing offence. Within the swirling maelstrom of our politics, I am always searching for some plank that both myself and anybody who disagrees with me can cling on to. There are usually such grounds for consensus available everywhere, however slender.

To give an extreme example, I used to have a friend who thought that negligible numbers of people had been murdered during the Holocaust. When speaking with him, I would politely reflect upon how strange it was that the entire Jewish population of Europe had seemed to have disappeared and, very gently, I would profess astonishment at how they had all fled to Israel without leaving behind any evidence of such a colossal migration. I don’t know whether my non-condemnatory approach did any good or exerted any subtle influence. Maybe I was just cowardly in prioritising provisional friendliness over my ultimate moral responsibilities. In truth, I found this friend to be wonderfully exotic and I viewed him as being rather like a dangerous weapon that is now a museum exhibit.

A lot lower down the tree of depravity, I have another friend who is currently in thrall to this Extinction Rebellion movement. He recently invited me to an evening of “training” in non-violent civil disobedience. With this, I did not think that I could have kept an ox sitting on my tongue throughout the whole evening. When XR maintain that their disruption is meant to make ordinary people stop and think about climate change, I want to shout out “how patronising!” “So long as we are a democracy,” I would cry, “you are never going to get anywhere by patronising people!” This would be no doubt the wrong sort of rebellion and I would be kicked non-violently out of the civil disobedience seminar for unruliness.

Yet XR afford an instance in which you have to dip in and offer encouragement when it is most judicious. In their reverence for the European Union, young people nowadays want to essentially privatise political decision-making, contracting it out to a faraway and unaccountable “top table.” If in XR a core of young people are pursuing some traditional political disruption, then this is something very feeble that ought to be carefully nursed. I also believe that there are actually inexhaustible solutions to the environmental wear-and-tear that XR is complaining about, be this genetic modification that extracts ever larger crop yields from ever smaller amounts of farmland; or exhilarating geoengineering projects such as greening the Sahara, which could potentially redress the Earth’s rising temperature. These could become grounds for consensus between XR and its discontents.

I am still watching the chap in the Rees-Mogg t-shirt and still brooding over him. How could I ever reach a consensus with such a person? How could I tease a smile from out of his grey beard and his scowling Remainer disgruntlement?

I might begin by agreeing that Rees-Mogg is a – or, well, at least highly objectionable. I would add, however, that infantile abuse only evaporates the politics and makes people automatically sorry for the individual being abused. There are funnier ways to mock Rees-Mogg than manufacturing a TWAT t-shirt. For example, after it had emerged that Somerset Capital Management, one of the less well-behaved of Rees-Mogg’s many babies, was partially relocating to Ireland in response to Brexit, my father had provided a running commentary on how well Rees-Mogg’s Irish accent was coming along. The lad’s progress was invariably a disappointment.

I would continue by tenderly despairing about how tragic it is that many of the great achievements and values of the Left, such as mass-participatory democracy and people-power, are being lately upheld only by this “twat.” In abandoning the eloquent Euroscepticism of Tony Benn, Tariq Ali, George Galloway, and Bob Crow, many on the Left have straightforwardly handed over political power to the likes of Rees-Mogg. This is why I feel so defensive about him being abused. In the irony of all ironies, Rees-Mogg, with his top hat and Monopoly-landlord sheen, has gravitated far nearer to the authentic heart of the Left than many people who are presently wearing Che Guevara berets and tattoos of Noam Chomsky quotes.

I would also commiserate with the man about how sorely the imagery of his t-shirt has malfunctioned. It is meant to use the motif of an inspiring and beloved politician to highlight how uninspiring and hated Rees-Mogg is. But Barack Obama no longer lives up to the HOPE poster himself. Even Shepard Fairey, its designer, now deplores Obama’s militarism. These days, we view Obama as a powerless failure, whose voters had deserted in droves for Donald Trump once his terms were up. In contrast to this depleted President, Mogg is a strangely powerful backbencher, whose threats can shake the European institutions and dismay their big men.

Perhaps the man in the t-shirt would be exasperated by the nuances of my position. Perhaps he likes an uncomplicated, feelgood politics that can be reduced to a jolly swear-word and slapped on a t-shirt. Anyhow, the film is beginning soon and the last that I see of this man he is lost in the crowd that is draining into the auditorium, with Mogg’s great white face veering through the blur of cinemagoers like a shark.

[Tychy won’t be updated or even generally online for a couple of weeks.]

1 thought on “Is Jacob Rees-Mogg really a TWAT?” 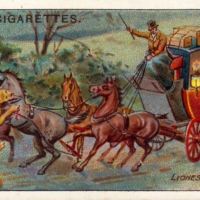